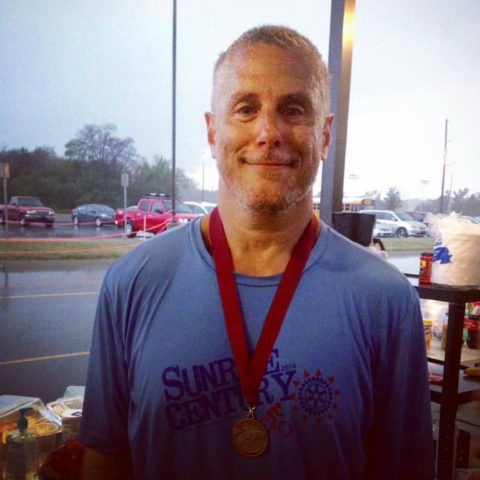 This past weekend I participated in the Run4Water Run Around the World Festival.

I did the 12-hour race — which is how many miles you can run in 12 consecutive hours of running on a marked course.

What follows are 5 lessons I learned from my 12-hour endurance race that I hope will be helpful in preparing for, tackling, and recovering from your first 12-hour running event.

In the ultra running world, there are essentially 2 kinds of running events:

Both distance and timed races can be road/pavement runs or trail runs.

A 12-hour ultramarathon is a popular choice for those who want to challenge themselves beyond the marathon distance.

Even if you are enamored with the idea of doing a 24-hour run it’s wise to get a 12-hour run under your belt first.

You don’t have to be an elite athlete or a professional ultramarathoner to do a 12-hour race. 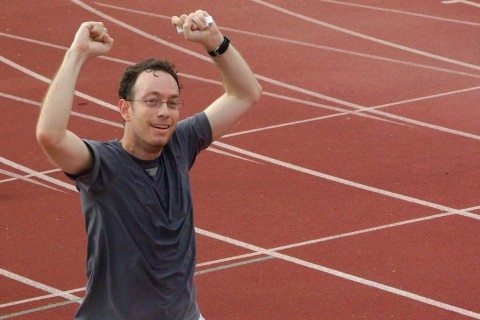 At the time I was training for a 50-mile ultramarathon, and then I discovered the 12-hour event — which was 6 weeks before the 50-miler. I decided to sign-up and do the 12-hour run.

In my training to that point, I had not done a run longer than 7 hours. And the longest run I did was a 33-miler. However, my training involved multiple marathon-distance runs and several back-to-back weekend long runs. An example of this was a weekend when I ran 26 miles on Saturday and 10 miles on Sunday.

If what you’ve been doing in your training has been working, don’t change it when you do your 12-hour run.

Sometimes what runners do as their running event approaches is Google all kinds of articles and opinions about ultra running and then start making changes.

I would avoid making any significant changes in your training or nutrition inside 3 weeks of your running event.

Your 12-hour race is not the time to experiment with new clothing, sports drinks, gels, food and fuel items, etc.

If you want to experiment with something different, make sure you do a of couple long runs where you make the change — to see if it works and how it goes.

You can avoid many race disasters simply by not making last-minute changes.

TIP: In most timed events, you are permitted to bring a cooler with all your own preferred sports drinks, food, and whatever fuel you’re accustomed to using. You can typically park your cooler, sports bag, or whatever you bring close to the running route so it’s easily accessible during the event.

I made the mistake in my 12-hour race of running the first 10 miles with another ultramarathoner at a faster pace than I really wanted to.

It’s important for you to consider what kind of pace you want to run in a 12-hour event. In a timed race — like a 12 or 24 hour run — think in terms of running a consistent pace. You don’t want a crazed pace the first 6 hours and then barely survive the next 6. But neither do you want to go out super slow and find that you had a lot more in the tank at the end.

Experiment in your training and determine a strategy for pace.

Many timed events take place on a short loop course of 1 to 3 miles — which means you pass the aid station often.

You don’t have to stop at the aid station every time you pass it just because it’s there. Many runners stop at aid stations less frequently at the beginning of races and more frequently as the race progresses.

In my training runs, I was accustomed to running 8 to 10 miles on one bottle of electrolytes. Even though there was an aid station every mile in my 12-hour event, I still ran with my own bottle so I could drink when I wanted and use the electrolyte drink that I preferred.

Lesson #4:  Think through your running clothes for a 12-hour event.

You want to do some careful planning in terms of the gear you pack for your 12-hour run. In the 12-hour event I did, it rained hard for about an hour in the morning. A bit later after that, I changed my waterlogged shirt and socks. Even if it hadn’t rained, I would have made this change at some point.

In a 12-hour event you will want to change into a dry shirt and socks 1 or 2 times, depending on the conditions.

Make sure you bring 3 shirts and 3 pairs of socks that you can change into. These should all be items you’ve run with before and you feel comfortable in.

If possible, pin your race bib to your running shorts — so you don’t have to fuss with re-pinning it when you change over to a dry shirt.

Some runners bring 2 pairs of running shoes, in case they want to make a shoe change. If you plan to do that, just make sure that both pairs are adequately broken in.

As mentioned, you will be stopping at your cooler or the aid station throughout the race to hydrate and fuel up, but avoid lingering too long.

It’s important in a 12-hour race that you keep moving. That doesn’t mean you have to be running the entire time. But if you’re not running, keep walking. Keep moving forward!

You can take in electrolytes and fuel, eat a banana or sandwich, and socialize with other runners while you’re walking and moving forward.

In my 12-hour race I was cognizant of the need to keep moving. There were parts of the run when I didn’t feel particularly great. But rather than stopping, I walked. Taking a rest or regrouping during a 12-hour event doesn’t have to be stopping and sitting down for a length of time. You can also rest and regroup by walking.

Long Distance Running Tips: How To Lighten Your Load On Long Training Runs